Quick, how many flavors are there in food? You’ve probably heard that there are four: sweet, salty, sour, and bitter. But what would you say if I told you that someone had discovered a fifth basic flavor not too long ago?

In 1908, Japanese scientist Dr. Kikunae Ikeda did just that, when he managed to isolate the exact component that makes up the flavor of umami, or, as it’s commonly known in the West: savoriness.

What is umami? Well, um… that’s a tricky question. It’s a totally unique flavor experience, unlike any of the other four basic flavors. Parmesan cheese is loaded with umami, as is Asian fish sauce, aged beef, and perfectly ripened tomatoes.

Since umami is so unique and was discovered so recently, most people have a hard time describing exactly what it is. That weird, indescribable uniqueness is what I’m going to talk about today – how to handle it when it comes up in design, and whether or not it’s necessarily a good thing.

Too Unique For Its Own Good

We all think we want to come up with that totally unique idea, one that no other designer has ever thought of before or that no one would be able to easily copy or steal.

But is that really what we want as designers? Is it even something we should want?

Most of the time, when people talk about ‘innovation’ in the design industry, what they’re really talking about is improving on an idea that already exists.

Don’t get me wrong, that definitely takes skill and creativity. But it usually isn’t a genuinely unique, original idea you’re striving for. It’s mostly a combination of what you’ve already seen before, and what you’re influenced by. Why? Because it’s easier to work that way.

If we all attempted to come up with the next design equivalent of umami, our brains would short-circuit and we’d never get any work done. It’s just not practical, nor is it commercial, to strive for true uniqueness and originality.

When it happens, as was and continues to be the case with umami, people are at a loss to explain it. It becomes something of a curiosity – a conversation starter at a party, perhaps, or a cautionary tale of woe among other creative professionals.

Image Source: What is Umami?

Anyone who’s been in the industry for any length of time has a story or two about one of their peers who tried to get too creative and found themselves out of a job.

Yes, perhaps they were “ahead of their time.” That’s perfectly valid, but it does you no good when you’re trying to scrape together this month’s rent money.

There’s something to be said about following trends and learning how to reinterpret them.

When you stop to think about it, we’ve developed some surprisingly sophisticated methods for adjusting the taste of our food. Our taste buds can detect changes in flavor down to extremely minute quantities. You know, for example, when something is just slightly too salty, too sweet, too sour, or too bitter.

And conversely, you know when something doesn’t quite have enough of any of these flavors. But how do you tell when something is “too umami,” or not “umami enough?”

There are a range of opinions ranging from the mundane (“when you find yourself reaching for the salt shaker”) to the weird (“when your appetite becomes ‘fatigued’” – huh?).

The truth is, since umami is such a newly discovered flavor, we haven’t really come to a consensus on how to tell when it’s too prominent or too lacking in our food. 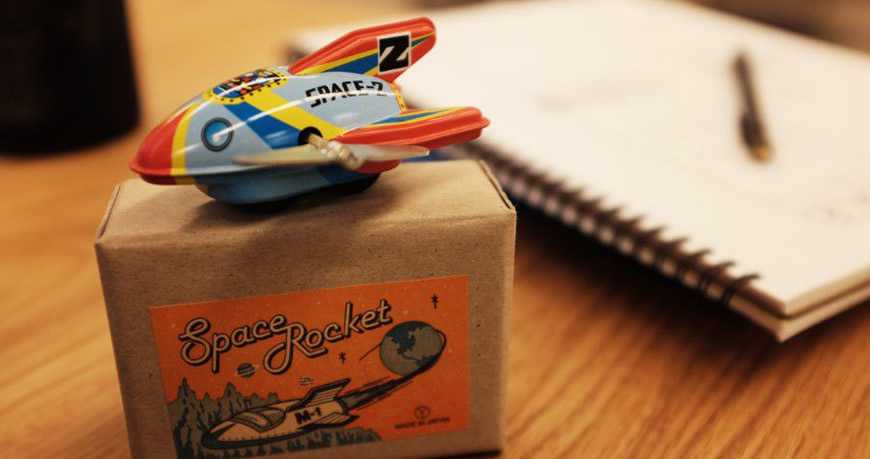 Completely original designs are the same way. Sometimes we can’t tell when something is too original and when it needs to be more relatable, precisely because it’s so original.

Many designers love to rave about their completely obscure discoveries, myself included. In addition to design, I also studied fine art painting in school. I have plenty of abstract personal projects that I absolutely love, but that are completely unmarketable to anyone except other weirdos like me.

Since there aren’t too many of us out there, I’d have a hard time making ends meet by producing projects like that. But sometimes we just don’t have the perspective to know if something is appropriate for our target market.

In that case, I always find it helpful to call in other people from that market.

So, does this mean you should throw in the towel on ever being unique or original? Absolutely not.

There are ways you as a designer can “sneak in” some truly creative, original elements into your designs that won’t detract from their marketability, and that won’t leave people feeling like they’re simply getting a rehash of something they’ve already seen before.

This is the ideal you want to strive for as a designer – that perfect balance between what’s new and what’s familiar to your users.

There’s a common trick used in the culinary world by chefs who like to experiment with umami. Asian fish sauce is typically considered to be the ultimate umami flavor.

On its own, it can be rather unpleasant, but when used in small amounts in other dishes, Asian or not, it can add a special burst of umami that diners won’t be able to quite put their finger on, but that they’ll definitely recognize when they taste it.

When you design something that’s an alternate take on a previous idea, and you sneak in your special “fish sauce” of pure originality, you create something that’s completely relatable and marketable to your target audience, but that also has that strange, wonderful element that people won’t be able to describe, but they’ll definitely love.

Just as umami is not an earth-shattering element in the culinary world, complete and total originality isn’t the ultimate holy grail we should be reaching for as designers.

It’s an important element, which can add a lot to the attempt to balance the different “flavors” of marketability, quality, and relevance which are the backbone of design.

The post How to Handle Indescribable Uniqueness in Design appeared first on Speckyboy Design Magazine.